Strategies for controlling your anger 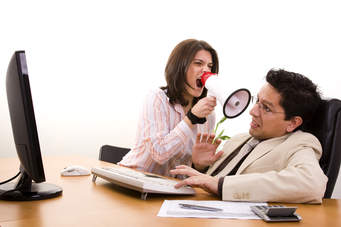 Benjamin Franklin once said, 'In this world nothing can be said to be certain, except death and taxes.' We would add a third item to his list: anger. Controlling and limiting anger is important in every aspect of one's life. Without control you are putting limits on what you can accomplish in your personal and professional life.

Anger can be an incredibly damaging force, costing people their jobs, personal relationships, and even their lives when it gets out of hand. However, since everyone experiences anger, it is important to have constructive approaches to manage it effectively.

Strategies for controlling your anger: Keeping anger in check

Wrath, fury, rage — whatever you call it, anger is a powerful emotion. Unfortunately, it’s often an unhelpful one.

Anger is a natural human experience, and sometimes there are valid reasons to get mad like feeling hurt by something someone said or did or experiencing frustration over a situation at work or home. But uncontrolled anger can be problematic for your personal relationships and for your health.

Fortunately, there are tools you can learn to help you keep your anger in check.

Anger can take different forms. Some people feel angry much of the time, or can’t stop dwelling on an event that made them mad. Others get angry less often, but when they do it comes out as explosive bouts of rage.

Whatever shape it takes, uncontrolled anger can negatively affect physical health and emotional wellbeing. Research shows that anger and hostility can increase people's chances of developing coronary heart disease, and lead to worse outcomes in people who already have heart disease. Anger can also lead to stress-related problems including insomnia, digestive problems and headaches.

Anger can also contribute to violent and risky behaviors, including drug and alcohol use. And on top of all that, anger can significantly damage relationships with family, friends and colleagues.

Strategies to keep anger at bay

Anger can be caused by internal and external events. You might feel mad at a person, an entity like the company you work for, or an event like a traffic jam or a political election. Wherever the feelings come from, you don’t have to let your anger get the better of you. Here are some techniques to help you stay calm.

Check yourself. It’s hard to make smart choices when you’re in the grips of a powerful negative emotion. Rather than trying to talk yourself down from a cliff, avoid climbing it in the first place. Try to identify warning signs that you’re starting to get annoyed. When you recognize the signs, step away from the situation or try relaxation techniques to prevent your irritation from escalating.

Don’t dwell. Some people have a tendency to keep rehashing the incident that made them mad. That’s an unproductive strategy, especially if you have already resolved the issue that angered you in the first place. Instead, try to let go of the past incident. One way to do that is to focus instead on things you appreciate about the person or the situation that made you angry.

Change the way you think. When you’re angry, it’s easy to feel like things are worse than they really are. Through a technique known as cognitive restructuring, you can replace unhelpful negative thoughts with more reasonable ones. Instead of thinking “Everything is ruined,” for example, tell yourself “This is frustrating, but it’s not the end of the world.”

See this article for more details:

1. Anger is a bad emotion.
There is no such thing as a good or bad emotion; they are instinctual reactions and we don’t make conscious decisions for them to come. In fact, some anger reactions are appropriate, such as the anger against discrimination, injustice, and abuse. What can be judged as positive or negative/ healthy or unhealthy is how we react to anger.

2. Anger needs to be ‘unleashed’ for it to go away.
It’s true that anger needs to be expressed in order for symptoms to be relieved. However, expressing anger in verbally or physically aggressive ways are not the only way to ‘unleash’ anger. Nor is anger an excuse for a person to be aggressive. The expression of anger can be tempered by rationality and forethought.
Note that venting anger does not necessarily results into the anger disappearing, although venting can relieve the symptoms. At times, processing personal experiences, seeing concrete change and genuine forgiveness are needed for anger to go away.

3. Ignoring anger will make it go away.
Generally, all kinds of emotions do not disappear when ignored. The anger just gets temporarily shelved and will likely find other ways of getting expressed. It can get projected to another person, transformed into a physical symptom, or built up for a bigger future blow up. Some of our behaviors may even be unconscious ways of expressing anger.

While there are situations when it’s inadvisable to express your anger immediately, the very least you can do is acknowledge that it exists.

4. You can’t control your anger.
This myth is related to the second one. As discussed earlier, the fight and flight instinct can make anger an overwhelming emotion. However, this instinct does not mean that you’re but a slave to your impulses. Awareness of anger dynamics and a conscious effort to rise above your anger can help you regain control of your reactions.

5. If I don’t get angry, people will think I am a pushover.
It’s true that a person can lose credibility is he makes rules and then ignores violations. However, anger is not the only way a person can show that there are consequences to violations. In fact, the most effective way of instilling discipline in others is to have a calm, non-emotional approach to dealing with rule-breakers. Calm and rationality can communicate strength too.

comments powered by Disqus
<< Previous Next >>